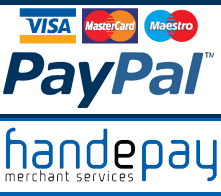 Olive oil must be one of the most complex foods around. Ask anybody what olive oil tastes like and the chances are you'll get such a wide range of answers that you'll wonder if they're talking about the same thing! What gives each producer's oil its own distinctive taste? The answer is a complex matrix of soil, climate, variety, cultivation techniques, the maturity of the fruit at the time of harvest, how it's picked, how the pressing is carried out and how the oil is stored. It's impossible to predict the style of an olive oil from any single piece of this jigsaw - that's what makes olive oil so interesting. So, what types of olive oil are you likely to come across? The International Olive Oil Council (IOOC) has proposed some definitions which have been broadly accepted by the European Union:

Extra Virgin Olive Oil is the best quality. It is a result of the mechanical crushing and pressing of olives, with the olive water removed, its scent and taste must be clean (it cannot have any faults in smell or taste) and the fresh, "fruity" attribute must also be present. Its free acidity content must be less than 0.8%. Some manufacturers add 'Cold Pressed' to their labels but this is largely superfluous - pretty well all extra virgin olive oil is cold pressed these days.

Virgin Olive Oil is of slightly lower quality, it should still have the fruity attribute but it may be downgraded because of minor faults in taste or smell, or the content of free acidity is in the range 0.8% to 2%. Mostly used for blending.

The poorer quality virgin oils are called 'Lampante' (as in oil lamp) and are not considered suitable for sale in their crude form so must be refined by distillation. This yields rather bland oil because it looses most of its taste, phytonutrients and antioxidants during the distillation process.

Olive Oil is a blend of refined olive oil and virgin or extra virgin oil. The proportions used depend on the cost and availability of the raw materials and can be highly variable, but the level of free acidity must not exceed 1%. Much the most widely available and of variable quality.

After the virgin oil has been pressed, it leaves an oily pulp or 'pomace'. This is carted off to a factory where the oil is extracted with a chemical solvent (usually hexane) prior to refining - this is pomace oil. The factory will then blend this with some virgin or extra virgin oil to give Olive Pomace Oil. This is the stuff you see in plastic bottles in every supermarket and village shop all around the Mediterranean basin. Again, free acidity must be less than 1%.

Filtered or Unfiltered? The answer is just down to personal taste. It may be that unfiltered oil contains more of the phytonutrients associated with the cell structures and may have a more luscious mouthfeel, but there's little practical or taste difference.

Spain is by far the largest producer of olive oil at approximately 1 million tonnes per year (50% of the world's production). Andalusia contributes about two thirds of this - a drive along virtually any country lane here will take you through vast areas of olive trees, and often little else. The province of JÃ¡en alone produces more olive oil than all of Greece, the world's third largest producer, on less than 10% of the surface area! Much of Spain's production is blended and packed for supermarkets all around the world, or exported in bulk for further blending - Spain exports about 550,000 tonnes of olive oil a year! But, there are encouraging advances being made in quality and many superb Single Estate oils are now available. The main varieties are the Hojiblanca, Arbequena, Lechin de Sevilla, Picual, Picudo, Cornicabra, Ocal and Verdial olive cultivars which create a wide spectrum of flavours and styles. Typically, southern Spanish oil offers a rich, lusciously sweet style, sometimes fruity, sometimes nutty. But spicy or grassy, herbal oils are also to be had.

When you think of olive oil your mind goes straight to Italy. In fact, Italy is a country of paradoxes as far as olive oil production is concerned, arguably representing both the best and worst practices. Italy produces some of the best and most varied of the world's oils, but industrial scale blending for supermarket own-label 'Italian' olive oil despoils the market. Italy produces about 550,000 tonnes of olive oil (25% of the world's production) and imports another 500,000 tonnes - it's not difficult to work out what happens to it! Anyway, back to Italy's good points. Pretty well every province produces olive oil and each region has its own distinctive style of oil. From the relative cool of Liguria and Northern Tuscany, where oils can have a fresh grassy, salad leaf and pepper taste to the heat of Apulia (Puglia) and Sicily, where warmer, roasted vegetable and sweet nutty styles can be found. Popular Italian varieties are Frantoio, Leccino, Moraiolo, Olivastra, Peranzana, Taggiasca and Pendolino.

Greece comes next, with an annual production of around 400,000 tonnes. Much of this is consumed domestically, a Greek person eats about 25kg of olive oil a year (the average Briton eats about 0.6kg). Some is exported, mainly to Italy, but more and more of the premium quality oil is coming out already bottled for the gourmet. Olives grow all over Greece but commercial production is concentrated on the Peloponnese peninsula and Crete. Greek oil is perhaps the most consistent in terms of style - green apples, grass and fresh milled pepper. But sweeter, roasted vegetable flavours can also be found. The main olive is the Koroneiki, but there are many local varieties. The famous Kalamata olive is not pressed for its oil, but is reserved for table use.

Next up come Turkey and Syria, each producing around 150,000 tonnes a year. Most is consumed domestically or exported for blending. Turkey's accession to the EU is likely to improve access to Turkish oils - for now the better quality producers, particularly of organic oils, have to wade through a morass of red tape to get their products in.

The North African states of Morocco, Tunisia and Algeria collectively produce about 200,000 tonnes.

Portugal's production of 30,000 is mainly consumed at home - the Portuguese palate being slightly at odds with the rest of Europe. However, some excellent oils are to be had. Sweet, fruit and nuts is the typical style.

Following a host of minor Middle Eastern countries comes France. Given the popular image of Provence, most people are surprised to learn that France produces only about 3,000 tonnes of olive oil - a tiny proportion of its consumption. French oils, therefore, are seldom exported but those that do get out are usually of high quality. Typically mild, sweet and nutty with some tropical fruit and herbs. Varieties include Aglandau, Rougette and Picholene.